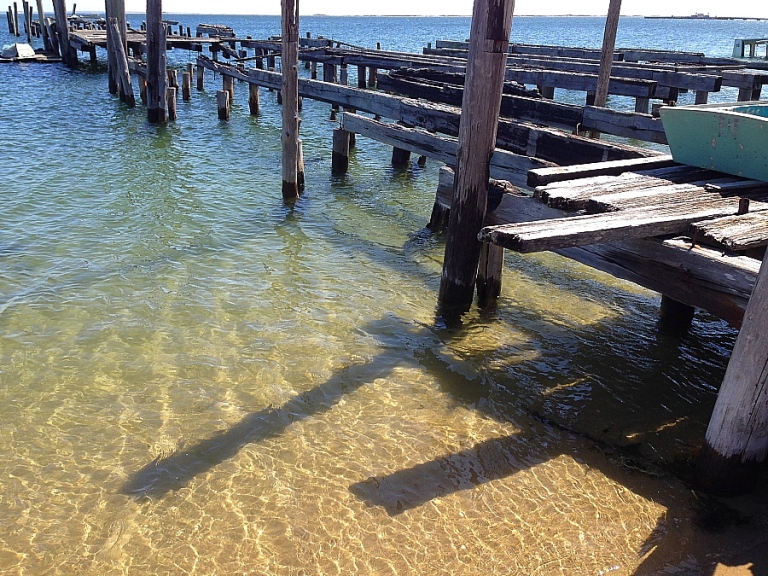 In early March a group of Brown University undergraduates invited me to sit on a panel focused on the University’s relationship to the community. It was part of an event, Converge for Change: A Social Justice Conference, and, in the words of the organizers, focused on sharing resources, skills, and connections to critically engage with issues of social justice. I believe I was invited to speak because I once worked for Brown’s Howard R. Swearer Center for Public Service and was, for a long time, its director.

It was the first time since stepping down as the Swearer Center’s director in 2005 that I’d been invited back to Brown to talk about public service or social change. In a way, since I live adjacent to the campus and for a time directed a parallel program at Rhode Island School of Design, this is curious. In another way it makes perfect sense. Over the past decade, the University’s changed, become more conservative and far less interested in the pedagogy that fueled my tenure as the Center’s director. I don’t mean to cast illusions, Brown was never really the activist haven it’s been purported to be; no Ivy League school, certainly since the construction of the Ivy League myth, has been able to resist the gravity of power and wealth. However, for a time there was space within it for dissent; and more importantly spaces for thinking about how one might ethically engage one’s power in service building more just, equitable, and generative culture. It allowed for a critique of the limitations of economics that intend, as Maxine Greene has suggested, to turn human beings into human resources—and it gave space to considering ways of creating alternatives to that late Capitalist nightmare, rather than simply reifying it.  If nothing else, the students’ impulse to organize this conference gave me hope that the embers of such thinking still exist within the College.

I left the panel discussion dissatisfied. The presentations, including my own, and the questions and dialogue that emerged during the obligatory Q&A were almost ritualistic in their reenactment. Students implied their deep sense of ownership of the University as they declared their disdain for its politics and economics. They called for a recasting of the University’s social role without admitting (or perhaps understanding) that they’d worked hard to become enmeshed within the very privilege they were critiquing. For my part, I was no longer obligated by the University, as my employer, to hold my tongue. Yet naming the student’s power and privilege, imploring them to use their power well, strategically, and ethically rather than badly, brought no satisfaction. Indeed, the replay of this dialogue, a version of which I’d witnessed since the mid-1980s (and which has been performed and restaged much longer than that), only saddened me. I don’t expect the University to change; it’s an institution that’s too deeply tied to other forms of institutional power to easily or willingly shift, but somehow I tricked myself into believing that the discourse about social change might advance. Somehow I allowed myself to hope that activists might build upon an understanding of the merits and limitations of historical strategy, rather than always starting with bare idealism.

I’ve recently become a graduate student again. I’m working toward an MFA in writing, and wrestling with questions of voice. I believe I have things to say, but I’m not sure of my effectiveness in conveying the complexity of meaning that I feel in my bones. All too often I find myself wanting to inhabit the voice of others, to take up the strategies—or reenact the toil and revelation—of those who’ve come before me. And, it pains me to admit, I too easily to shy away from the difficult matters that animate personal meaning, and remain too hesitant in speaking from a place of personal authority. It is easier to live within the existing dialectic, affirming the verity of the problems it frames, than it is to risk trying advancing it; especially when too often trying is incorrectly equated with failing.

In a sense, not unlike effective activism, a writer’s voice is a matter of idiosyncratic strategy, starting with one’s barest experience and working outward, toward community. As an activist, I’ve always been more effective subverting power than in engaging it, and this is a predilection that’s now dogging me as a writer. Instead of naming the matters that confront me, I’m writing around them, attempting to both maintain my privilege while expressing outrage at its ethical transgressions. I’m inhibited by propriety and cannot yet fully embrace Ann Lamott’s wisdom: You own everything that happened to you. Tell your stories. If people wanted you to write warmly about them, they should have behaved better.

I’ve recently been reminded of my affinity for James Agee. Much of my life I’ve felt like a spy, and his admission of this feeling in Let Us Now Praise Famous Men gives me permission to own the duality of my displacement—or to accept that I’m neither here nor there, and always simultaneously inhabiting multiple locations. In part this is because I’m an adoptee and lack, as Jeanette Winterson has said, a crucial coordinate, a true north that’s useful in locating one’s self in relation to the history of the world. This sense of placelessness comes from a lifetime of being required to perform the role of son while never entirely feeling it; never having the ontological possibility of fulfilling the requirements of the part in which I’ve been cast. But it’s more than this; it’s about being queer and male, white and aware of my privilege. It’s about inhabiting the body of the patriarch while holding no interest in assuming the cultural myths (and too real power) my body projects. It’s about finding myself within intersections that require my silence, and knowing that my search for solace will always lead me, at the end of the day, back to the margin.

I first encounter Let Us Now Praise Famous Men, and James Agee, in 1995 when I was teaching fellow for Robert Coles’ course, The Literature of Social Reflection at Harvard College. At the time, the book was an avalanche—forcing me to confront social pieties and contradictions I’d learned to overlook, while also inviting me to upend the compromises I was making in my daily life as a social activist and as the Swearer Center’s director. Coles invited me to be a teaching fellow after reading letters of recommendation I’d prepared for student fellowship applications. He told me that he was impressed by my ability to name the moral complications those students navigated in their public work, as opposed to merely underscoring a litany of Ivy League accomplishment. I took this to mean something more than he meant, I think; and didn’t adequately understand that he was inviting me to be a teaching fellow in order to help me unpack the moral complexities of my own life. Agee was one important teacher to whom he intended to introduce me. I realize upon rereading Agee’s text now, that Coles was also suggesting I consider him as a life-long companion, and that, like Agee, I might commit myself to considering the consequence—and moral obligation—inherent in my proclivity to spy on worlds to which I don’t fully belong.

Even more recently, upon the invitation of my graduate advisor, the poet Michael Klein, I’ve returned to the writing of the late Adrienne Rich. I’ll admit that when I first encountered Rich, twenty-years ago, when she was at the height of her power, I didn’t understand her to be a teacher, my teacher. Indeed, I missed the prophetic and revelatory dimensions of her voice because I only heard her through my bafflement within the contemporary maelstrom. Today, perhaps with more maturity, I read Rich with excitement, and take from her important clues about advancing my own search for voice. In the essay, “Arts of the Possible,” Rich looks at the complexity and duality of silence, offering me a way forward:

“The study of silence has long engrossed me. The matrix of a poet’s work consists not only of what is there to be absorbed and worked on, but also of what is missing, desaparecido, rendered unspeakable, thus unthinkable. It is through these invisible holes in reality that poetry makes its way—certainly for women and other marginalized subjects and disempowered and colonized people generally, but ultimately for all who practice any art at its deeper levels. The impulse to create begins—often terribly and fearfully—in a tunnel of silence. Every real poem is the breaking of an existing silence, and the first question we might ask any poem is, What kind of voice is breaking silence, and what kind of silence is being broken?

“…Even in conversation, here in North America, we who so eagerly unpack our most private concerns before strangers dread the imaginative space that silence might open between two people or within a group.” — Adrienne Rich, “Arts of the Possible,” Arts of the Possible (pp. 150-151)

My pedagogy, even before I could adequately name it, has been interested in the imaginative space in the in-between, that which emerges in the quiet tension that exists in the midst of action and introspection. I’ve long found it necessary to remove myself from the company of others to think, and to integrate experience with knowledge through a kind of embodied solitude—walking, riding my bicycle, or otherwise propelling myself through space. Yet, I’ve always struggled to name what I’ve found, to share my discoveries—or as Lamott implores, to fully own what’s happened to me. Today I understand that figures of authority, within the contexts I’ve inhabited, too often have rendered unspeakable those things that I see; and that my current work, as a writer, artist and activist, is to ethically claim and use my own power, just as I urged those undergraduate conference goers to do. Adrienne Rich is a powerful teacher in this, and I regret not having heard her voice more clearly when I was younger. Even more, I regret externalizing my anxiety about these matters onto the search of those students who so generously invited me to speak.

The ritual reenactment I experienced as part of the conference panel might be a necessary first step through which we all learn to situate ourselves in relation to the many questions posed by our power, but it can’t be the place where remain too long. To live within those conflicts is to commit to a kind of immobility, to become complacent in the struggle between existing power structures, and to surrender to a false kind of inevitability. Breaking silence, searching for one’s particular voice—while always perhaps holding a fearful suspicion that it might not finally exist—isn’t easy work; but it might reveal and enable new sources of power, or at least new strategies for engaging old abuses.

Any conclusion to a reflection like this risks implying that I’ve arrived, or somehow found my way. I assure you, I’m not there yet—whatever there might ultimately mean. I’m still looking for my true north, and still building the confidence to speak with a clear and particular voice. But I’ve accepted that the process of reading and writing, the commitment to pursuing this graduate work with both a beginner’s mind and a commitment to interrogating my history, might yet offer the means to its discovery. And it helps to know there are companions on the way.

One thought on “finding voice”