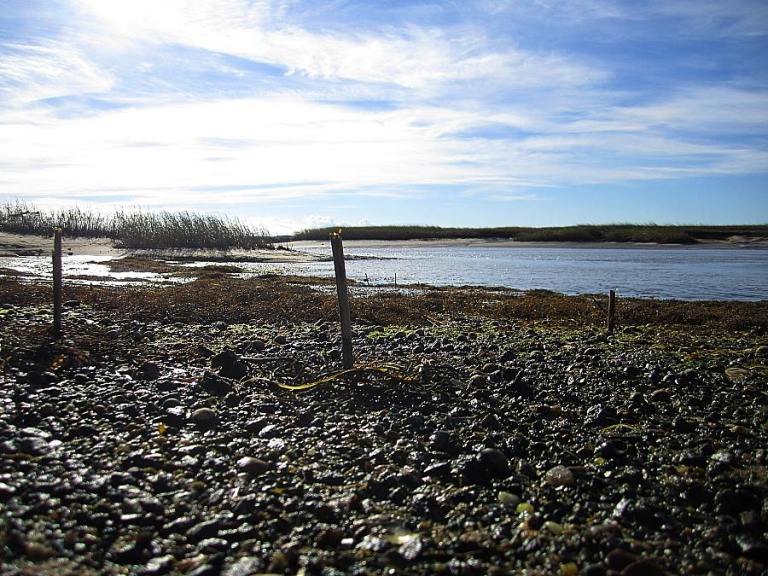 [I teach in Goddard College’s MFA in Interdisciplinary Arts program. As part of my teaching practice, I regularly send my advising group a preface letter—which comes before a second letter that speaks directly to a student’s individual work—in which I speak to some element of pedagogy, art theory, art practice, my practice, or the program’s degree criteria. From time to time I share the letters here.]

Over the past few days, a discussion broke out on my Facebook feed in relation to an article I posted, Thomas Frank’s essay in Salon titled “TED Talks Are Lying To You.”  In fact, as I begin this letter, people are still adding comments to the discussion.

I posted Frank’s article because it affirms my own sense of dissatisfaction about the sketchy commodification of creativity and the creative process. Perhaps even more, the article makes note of the superficiality of the literature about creativity—as well as the industry that’s grown up around it. Importantly, Frank makes a distinction between creative professionals—that is artists and designers—from this industry’s intended audience, who might be generally characterized as people with mid-level careers in business and commerce; with the point being that creativity, as defined by this industry, isn’t aimed at the process of making or advancing new culture, but as a process of recycling formulas for innovating in the most incremental and predictable of ways. In fact, Frank asserts something more than this; that creativity, in this context, has become a cipher for the idea of innovation, at its worst a recipe to be followed, more than a signifier of genuine transformative acts or novel production.

[A note about the headline: if you read this article, don’t expect an excoriation of TED talks. TED is certainly part of the creativity industry, and stands as a symbol for Frank’s points, but the headline is deceiving (perhaps sensationalistic). The article makes only a cursory mention of TED. I will also make clear, as I did on my Facebook feed, that I enjoy the occasional TED talk.]

In a sense there’s nothing terribly interesting about this article, or about the conversation that it spurred on my feed. Yes, the article affirms my simmering dissatisfaction about a thread of cultural discourse in which I’m too often implicated; and yes, my Facebook post allowed others to voice their opinions, both for and against Frank’s positions. And it’s probably no surprise that the creativity industry can be easily critiqued. Reading the various opinions about the article—and I’ve followed several threads as it’s been reposted to other friends’ feeds—I’ve become interested in how vacuous the word creativity has become within this discourse, essentially coming to stand for the dreams of whoever is using or receiving the word.  I’m also interested in how I’ve picked-up the language of the creativity industry, and how I’ve come to use the word vaguely, too—as and unfortunate synonym for things that truly matter to me, as means of extending art beyond acts of making culture; and as a bridge between the various forms of the human aesthetic impulse. And I’m interested to recognize, in my experience of the word’s semiotic emptiness, how I’ve put my own definition into the hole left by an absence of commonly shared meaning.

This, of course, lies at the heart of the creativity industry’s agenda. It allows them to sell me my own dreams without even needing to learn what they are. And, I will admit, I occasionally fall for it. And yet, my dissatisfaction and ire about the creativity industry must tell me something about what I value. My feeling of satisfaction in finding and reposting this article tells me something, too: I’m not ready to cede the word creativity or its conceptual possibilities.

So, what’s my definition of creativity? Or how, at least, do I fill the word’s void left after its strip-mining? And why do I remain conceptually interested in an idea that’s been co-opted and robbed of the meaning that matters to me?

The other day, when asked to introduce myself to members of a committee on which I’m serving, I thought it important to say something about the way in which I solve problems. I juxtaposed my experience as an administrator with my training as an artist, and posited the observation that I’m both able to follow linear processes and solve problems in a non-linear manner. This observation about my epistemic modalities is one that was offered to me by a mentor nearly twenty-five years ago; and it’s informed both how I undertake projects and how I teach.  It also provides me with some consciousness about how I—and we collectively—choose to solve problems. I tend to engage my linear modalities when I’m following, or required to follow, an expected path to an expected outcome. I indulge my non-linear sensibility when I’m expected or, more often, inspired to find a new, different, or novel solution the matter at hand.

You may notice my use of the word indulge. It’s not a Freudian slip.  It’s always easier to default to linear thinking, to find or reproduce the expected answers. Fulfilling expectations is reassuring to those in power, to those with vested interests in the orderly procession of things. And it provides us with some security, too. We’re social creatures, and fitting in with our community’s expectations can be reassuring. However, it also results in navigating a cul-de-sac of meaning; seemingly covering new terrain, only to be redirected back to familiar ground.

The intriguing irony of Frank’s article is that at the same moment when political, educational, economic, and other institutional forces are intent on inhibiting new thinking, forward movement, and the production of new culture and social possibility—and at a time in which political and economic forces have negatively impacted the viability of culture-making careers—there’s never been more chatter about the importance of creativity. In the presence of this conflicted and contested cultural backdrop, one indulges non-linear problem-solving with some discretion; one makes the commitment to a life of making culture with some trepidation.

I believe the tension between the creative industry’s current appeal and the economic and cultural insecurity currently confronting artists (currently confronting everyone except the most privileged) is worthy of exploring, if for no other reason than to understand the mixed message of simultaneously urging creativity while discouraging creative careers. Superficially, the appeal of creativity speaks to our deep desire to live vibrantly and of our unsatisfying experiences of living within a culture of mediated experience; while the actual barriers to pursuing genuinely generative ways of thinking, doing and being reveal the hegemonic forces that are shaping our lives, and the dominant culture’s resistance to change. The danger in embracing the chatter about creativity is that it’s a trap of desire—which means, like any shopping excursion, no matter how fully we embrace its processes, we’ll still be left wanting more. Desire always breeds more desire. The more that we pursue and embrace convenient templates for creativity, the more that we will think the outcomes of formulae are genuine creativity.

On the other hand, genuine acts of creation are a source of pleasure and fulfillment, taking us from one way of thinking, doing, or being to another. They produce emotional, affective, and intellectual rewards. They transform our understanding of how we’re living and what else might be possible. As Maxine Greene speaks about it, meaningful engagement with the arts—literally engagement that’s full of meaning—indulging in the transformational pleasure of generative culture, cultivates our imaginative capacity and our competence for making social change:

To call for imaginative capacity is to work for the ability to look at things as if they could be otherwise. To ask for intensified realization is to see that each person’s reality must be understood to be interpreted experience—and that the mode of interpretation depends on his of her situation and location in the world. It depends as well on the number of vantage points a person is able or enabled to take—the number of perspectives that will disclose multiple aspects of a contingent (not a self-existent) world. To tap into imagination is to become able to break with what is supposedly fixed and finished, objectively and independently real. It is to see beyond what the imaginer has called normal or ‘common-sensible’ and to carve out new orders in experience. Doing so, a person may become freed to glimpse what might be, to form notions of what should be and is not yet. And the same person may, at the same time, remain in touch with what presumably is. (Greene, Maxine. Releasing the Imagination.Josey-Bass. 1995, P. 19)

Greene is writing about the role of the arts in the context of secondary education, and she is speaking to not only the affect of the arts on those who make aesthetic experience, but also on those who experience it as audience. Imaginative capacity, in her sense, is not solely the purview of the “creative,” but also something every person might develop when invited fully into the varied, speculative, and contingent possibilities of aesthetic experience. In this sense creativity, as it fully manifests in the arts, is not about re-experiencing something we already know or suspect, but being present to the those things that might be shockingly unexpected, about cultivating the ability to imagine what we’ve not yet experienced. It is not the habituated reenactment of a formula, nor is it ever rote or predictable. It’s about bringing us into presence with the potency of the world’s unforeseen but existent possibility. Greene goes on to connect these thoughts with John Dewey’s theory of learning, when she writes, “Consciousness always has an imaginative phase, and imagination, more than any other capacity, breaks through [what Dewey called] the ‘inertia of habit.’” (Greene, Maxine. Releasing the Imagination. Josey-Bass. 1995. P. 21)

And here’s where I need to pull back from my schadenfreude about TED talks and the creativity industry. Who am I to say what stimuli, what aesthetic experience, or what anecdote will crack one’s inertia of habit? And who am I to say whether the tension between our yearning for creativity and the institutional forces working against creative practitioners might not be the fault line that exposes any number of social pathologies? And once seen and named might not these pathologies be addressed? The again, this might simply be wishful thinking.

Like Greene, I would prefer that people be invited into multiple, varied, and original aesthetic experience; and not simply be satisfied with the superficiality of chatter and anecdote about the creativity (or creative success) of others. I’d prefer that authentic and challenging aesthetic experience —both of the making and receiving kind, both of the composed and existential kind—were readily available to everyone. Indeed, I wish that makers of aesthetic experience would more readily, joyfully, and regularly engage with more authentic and challenging aesthetic experience created by others (and avoid insulating themselves with and reproducing works that are economically safe, in alignment with “what’s selling,” or habitual—or that simply aligns with their taste and sensibility). But this too might be wishful prognostication. After all, we like what we like.

If this last point may seem like an indictment, please know that I include myself in it.